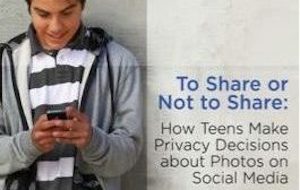 In 2016-2017, we worked with eQuality partner MediaSmarts on a project funded by the Privacy Commissioner of Canada entitled Decision-Making and Privacy: How Youth Make Choices Relating to Reputational and Data Privacy Online (PDM). The PDM Project investigated the ways in which Canadian youth make decisions concerning personal data and reputational privacy through the selective sharing of images and videos on social media platforms such as Snapchat and Instagram. 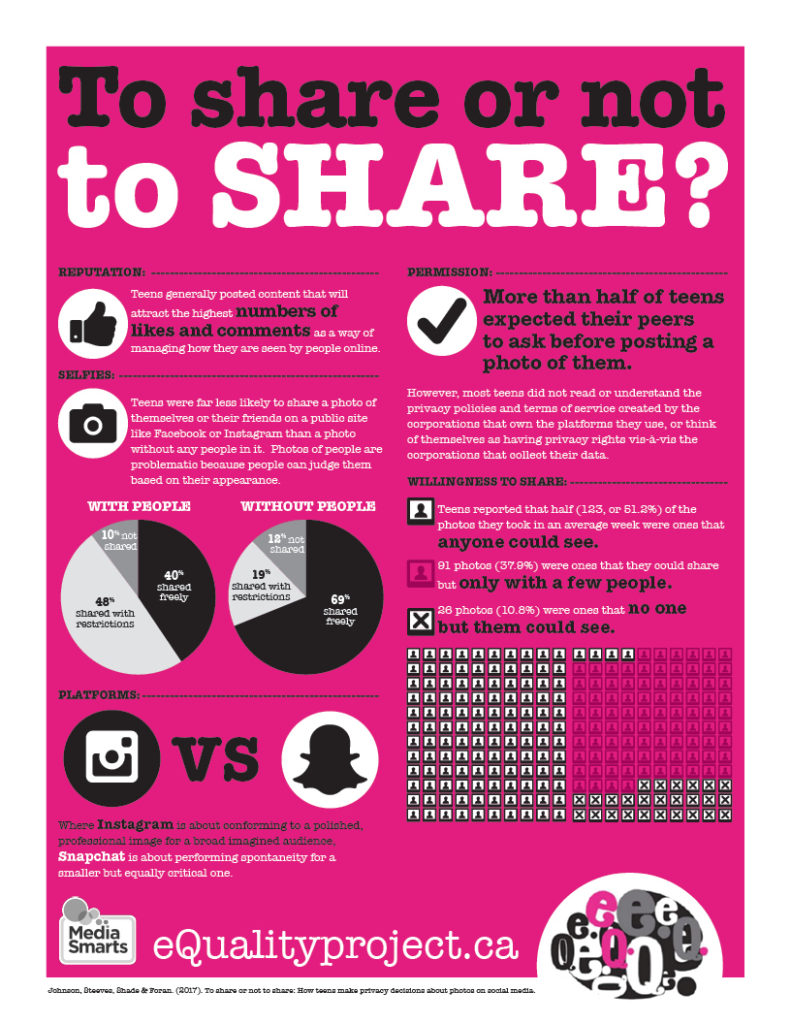 Contrary to the common rhetoric around selfie-culture, we found that our research participants were far more likely to share a photo on a public site like Facebook or Instagram without any people in it because they didn’t want to have their faces or the faces of their friends out there for people to judge them. Group shots were also favoured over photos of individuals for the same reason. In addition, sharing photos was less about expressing themselves and letting other people know what they were interested in, and more about posting content that appeals to “everyone.” For example, one girl posted photos of horses on Instagram – not because she liked horses but because they made a good Instagram “theme” that appealed to “followers.”

Thus, these photos take on a transactional character as they are designed to provide evidence that the user meets the status quo, with success being measured by the numbers of likes and comments. Interestingly however, users tend to maintain this transactional character for their notional audiences, as opposed to their close friends. When they wanted to connect with friends – i.e. be both social and networked – they selected “private” media like instant messaging or texting, precisely because the private nature of the platform meant they could relax and be themselves.

The PDM final report was co-published by eQuality Project and MediaSmarts in May 2017. The report summarizes the findings for a general audience, and is available to teachers, parents, librarians and students here.